Those Were The Days – Set to Resume 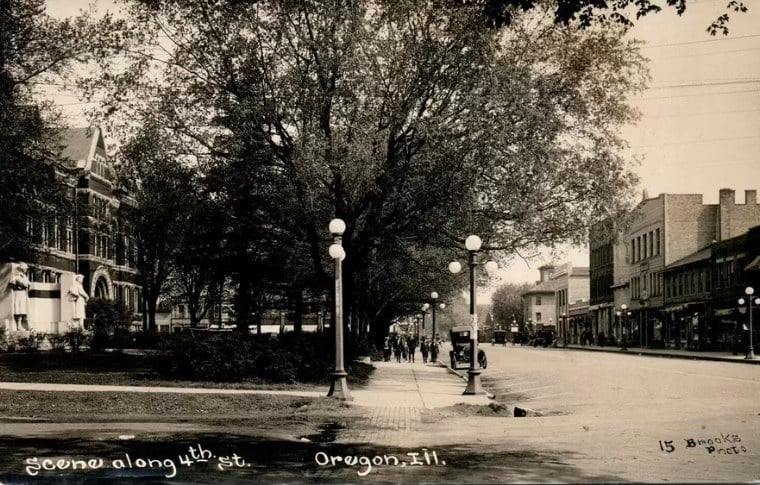 Those Were the Days will resume the 2022 sessions beginning on March 26, at 10:00 AM at the Oregon Depot Museum!
The program goes back to “Those Days”, how about 1945 in downtown Oregon?

Dick Feibel, a lifelong friend of mine, grew up at 208 N 5th St., next door to what was then the Farrell Funeral Home. As a grammar school boy after school and often on the weekends he would head downtown and just hangout at the retail stores. He knew all of the merchants and most of their employees. In fact, as a young teenager he worked for several of these merchants.

So, be a part of this downtown experience, we hope that you will join us at the Oregon Depot Museum on March 26, for “A Walk Through Downtown Oregon in 1945”! Dick has a fabulous memory, maybe even in technicolor!
Most of Dick’s working years were with Sears. Managing several departments at their regional shopping Mecca on N. Main St. in Rockford. Dick later shared his Sear’s experience with several Sears operations in California. This is a story of it’s own, later on this one!